ENG 2110 - Research Writing and Argumentation - Education: How to read a court decision

A research guide of recommended information resources for ENG 2110

How to read a court decision

In general, a court opinion in a reporter will contain the following parts, but take note that not all reporters include every section listed here.

The most important thing to remember is that the opinion written by the court - the part which actually constitutes the law- does not begin until the section marked "Opinion." Generally, the sections appearing before the "Opinion" are added by the publisher to aid in understanding the decision. These sections are not considered law and should not be quoted or cited as part of the decision.

Heading: contains the basic information needed to identify the case, court, and where to find the decision. Below is a sample case with the parts of the heading labeled.

EDITH JONES et al., on behalf of herself and a class of others similarly situated, Petitioners v. R. R.DONNELLEY & SONS COMPANY

Case number assigned by the court:

Court in which case was heard:

SUPREME COURT OF THE UNITED STATES

Citations to reporters publishing this decision:

Dates argued and decided:
February 24, 2004, Argued
May 3, 2004, Decided
Prior History: Prior decisions delivered by other courts which heard the case, citations to those decisions. From the sample case:

ON WRIT OF CERTIORARI TO THE UNITED STATES COURT OF APPEALS FOR THE SEVENTH CIRCUIT.

Disposition: The final determination of the matter by this court. For instance, if as in the example here, a higher court reviewing the decision of a lower court, the higher court will usually either affirm the lower court's decision or reverse and remand (send it back) it to the lower court. Lower courts' dispositions might state that a motion was granted or denied or a judgment was made for the plaintiff or defendant. From the sample case:

Case Summary and Headnotes: In general, these sections provide background information on the case and supply key legal concepts and terms covered in the decision. Not all reporters contain these sections or present the information in exactly the same way.

Decision: A short summary of the holding of the opinion. From the example:

Summary: A brief summary of the facts, history, and holding of the court in the case.

Syllabus: Another summary of the decision in the opinion inserted by the reporter.

Counsel: A list of the attorneys representing the parties in the case.

Opinion: This is where the decision from the court which constitutes the law begins. Usually this will start by naming the judge who wrote the opinion.

Opinions usually begin with a history of the facts and legal issues of the case. The court will then look to relevant statutes or past decisions (precedent) for law that can be applied to the facts. The court then analyzes and applies the law to the facts and makes a ruling based on that analysis. 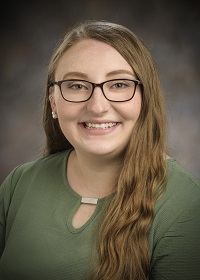