Special Collections & Archives collects and preserves material related to the Wright Brothers, aviation, the history of the Miami Valley, and Wright State University. Our Miami Valley material dates back to the early 1800s and includes letters, diaries, family records, church records, business records, photographs, and so much more.

How to Use SC&A During Fall Semester

SC&A staff members are available via email Monday-Friday from 8:30am-5pm. You can use the Ask an Archivist page for questions.

We are now open for research appointments. The hours are Tuesday-Friday from 10am-4pm and 10am-8pm on Wednesdays. Appointments are 2-hour blocks with a maximum of 2 per day. Requests for appointments can be made here.

Our web site is a great place to start with your research. A site search will list all collections and other material related to your topic. A Finding Aid, also know as a collection guide or inventory, is a guide to a specific collection that provides detailed information on the contents and organization of the material. Each collection here at SC&A will have a finding aid and all finding aids are available on our web site.

The Friendship Force of Dayton, founded in 1979 by Jeanne Comer, is a subgroup of the Friendship Force International, a non-religious and non-profit group dedicated to nurturing international friendships. Box 5 is comprised of material related to the Dayton Peace Accords Project, 1995-2002. Box 1 (Country/Exchange Files) contains material and photos of Bosnia, 1996-2005.

The Tony Hall Papers document the career of Tony Hall as both a U.S. Congressman, representing the Third District of Ohio, and as the United States Ambassador to the United Nations Agencies for Food and Agriculture. Hall made trips to Bosnia in July 1995 and November 1996. There are numerous references to Bosnia in the 1990s.

The Congressman David Hobson Papers document the 26-year political career of David Hobson, who served as a U.S. Congressman for the Ohio Seventh District from 1990 to 2008. Box 96, file 22, includes information on Wright Pat/Bosnia, 1995, while box 139, file 25, is related to Bosnia: Peace Agreement (press and newspaper clippings), 1995. There are 14 other references to Bosnia in the collection. It appears Hobson made congressional trips to Bosnia in 1996, 1999, and 2002.

Photographs, negatives, and news clippings, span obituary, personality, and subject files generated by the Dayton Daily News and the former Journal Herald in the twentieth century. The collection documents the local and regional history of Dayton and the Miami Valley in Ohio, and its role on a national scale, particularly during the period 1930 to 1980.

What is a Primary Source?

A primary source is a rare, one of a kind item typically created by an eyewitness to an event. Letters, diaries, photographs, business records, church records, organizational records, and family papers are considered primary sources.

Secondary sources are published materials that often use primary sources for the background research. Books, journal articles, magazines, and blogs are considered secondary.

SC&A is open for research appointments Tuesday-Friday from 10am-4pm and 10am-8pm on Wednesdays. Appointments should be made at least one week in advance and can be requested here. 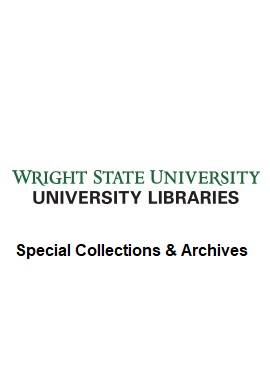